Football fans (and others) were shocked on December 1st of last year to learn about the murder of Kasandra Perkins. Perkins had been killed by Kansas City Chiefs linebacker Jovan Belcher. Jovan subsequently committed suicide at Arrowhead Stadium in front of his coach and the team general manager. The deaths of Kasandra and Jovan left their four month old child, Zoey, the subject of a guardianship dispute between Cheryl Shepherd, Zoey’s paternal grandmother, and her maternal grandparents, … END_OF_DOCUMENT_TOKEN_TO_BE_REPLACED

Last month, we let you know that Congress let the United States go off the fiscal cliff, only to come to the rescue in the early morning hours of January 2, 2013, with the passage of the American Taxpayer Relief Act of 2012 (“ATRA”). To review, ATRA makes most of the provisions of the previous estate tax law permanent. The amount that can be passed free of gift tax and estate tax is indexed for inflation, with the figure set at $5.25 million for 2013. The maximum gift and estate tax rate was … END_OF_DOCUMENT_TOKEN_TO_BE_REPLACED

On December 31st, the United States went off the “fiscal cliff.” But, less than twenty-four hours later, Congress passed the American Taxpayer Relief Act of 2012 (“ATRA”). ATRA makes most of the previous estate tax law permanent. The amount that can be passed free of estate tax in 2013 is $5.25 million, with annual adjustment based on the CPI. The estate tax and the gift tax remain unified, so what is used during life is not available at death. The generation-skipping transfer tax exemption is … END_OF_DOCUMENT_TOKEN_TO_BE_REPLACED

Approximately forty years into their relationship, Edith Windsor and Thera Clara Spyer were married in Canada. Two years into their marriage, Thera passed away. After Thera’s death, Edith paid estate tax of approximately $363,000 to the federal government. The reason that tax was paid is that federal law, in the form of the Defense of Marriage Act (“DOMA”), does not recognize Edith and Thera’s marriage for federal estate tax purposes. Edith was greatly upset at having to pay the estate tax, … END_OF_DOCUMENT_TOKEN_TO_BE_REPLACED

This month’s alert focuses on the narrowing window to lock-in the current $5.12 million estate and gift tax exemption by gifting prior to year-end. The alert also examines why it may not be possible to wait and do this planning at the last minute. 2010 Tax Law Leads to 2012 LitigationAppraisal firms all across the country have been inundated with business. They are being swamped by taxpayers attempting to implement last minute estate planning strategies prior to January 1, 2013, when the … END_OF_DOCUMENT_TOKEN_TO_BE_REPLACED

This month’s Alert focuses on the increased trust litigation arising from the unintended consequences of the temporary repeal of the estate tax in 2010. The estate tax was repealed for much of the year in 2010. While taxpayers with large estates benefited from the lack of the estate tax, the change in the law has caused litigation with inconsistent results. Estate planning attorneys have traditionally employed a strategy for married clients with large estates: dividing the contribute share of … END_OF_DOCUMENT_TOKEN_TO_BE_REPLACED

In this month’s alert we examine how your clients, including LGBTQ clients and unmarried partners, can remove over $5 million free from estate tax and how this opportunity may be vanishing soon. Unless Congress takes action before year-end, which most experts think is unlikely, the amount that can be passed free of estate tax will drop from $5.12 million to $1 million on January 1, 2013. For a decedent with an estate of $5 million, this would result in an increase in estate tax of … END_OF_DOCUMENT_TOKEN_TO_BE_REPLACED

The estate tax exclusion is scheduled to revert to $1 million at year-end from the current level of $5.12 million. This Alert examines the current political landscape concerning the estate tax and suggests taking advantage of the current, historically-high exclusion amount before it’s too late. Senate Bill 3412 contains President Obama’s plan to extend the “Bush tax cuts” to people earning less than $250,000 of income per year. What it doesn’t contain is any provision regarding the estate tax. … END_OF_DOCUMENT_TOKEN_TO_BE_REPLACED

The Alert this month examines "portability" and the steps necessary to take advantage of it under newly-released regulations. For many years estate planning attorneys have had to draft complicated provisions into the estate plans of married couples in order to make maximum use of the applicable exclusion amount (the "AEA"). The AEA is the amount that can pass free from estate tax at the death of an individual. Technically, even without “portability,” a married couple can pass twice the AEA to … END_OF_DOCUMENT_TOKEN_TO_BE_REPLACED

With more than half of marriages ending in divorce, an increasing number of families are “blended families.” The Alert this month examines the unique issues faced in planning for blended families. Approximately 50% of first marriages, 60% of second marriages, and 75% of third marriages end in divorce. With those statistics in mind, it is not surprising that many couples doing estate planning have children from previous relationships. This can add complexity to the estate plan. One or more … END_OF_DOCUMENT_TOKEN_TO_BE_REPLACED 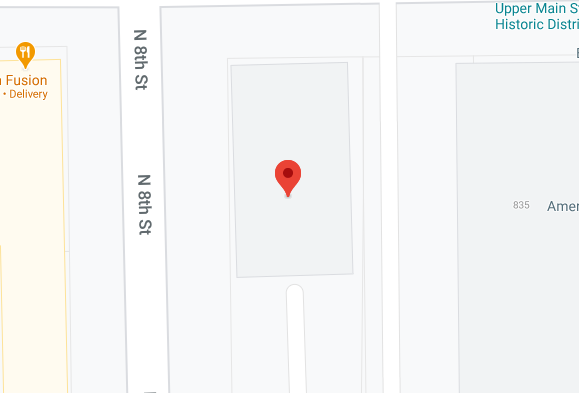